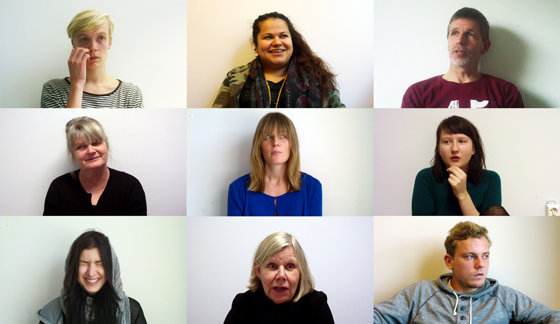 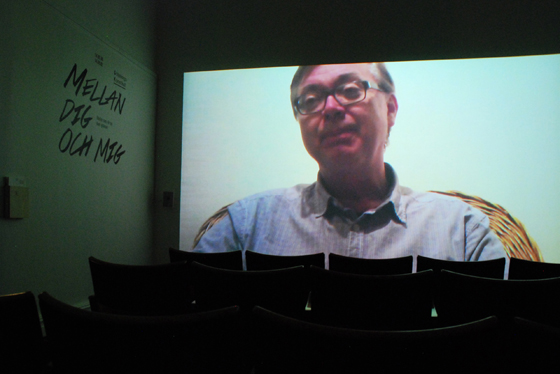 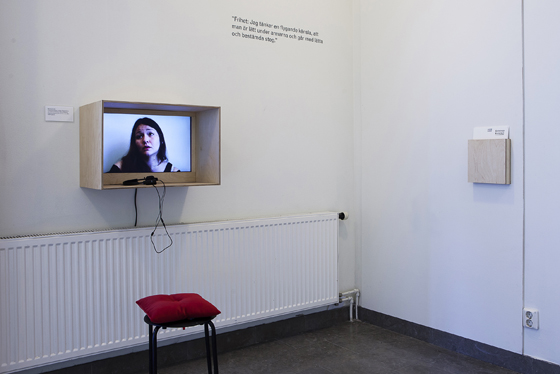 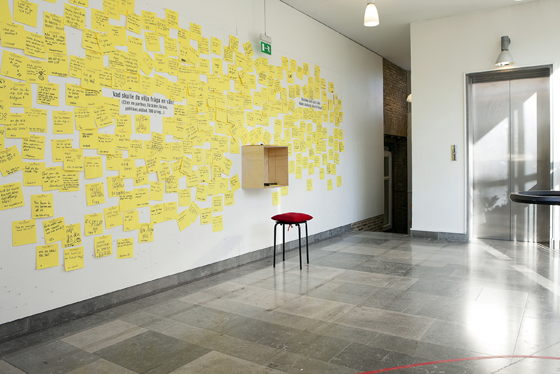 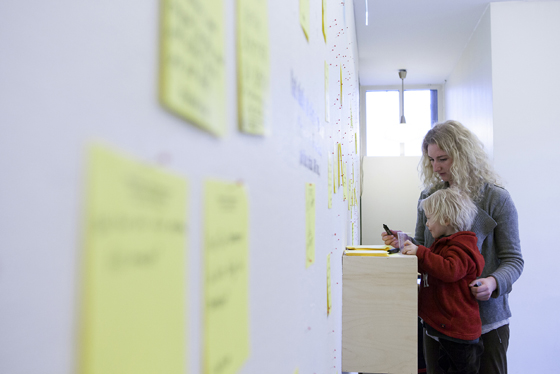 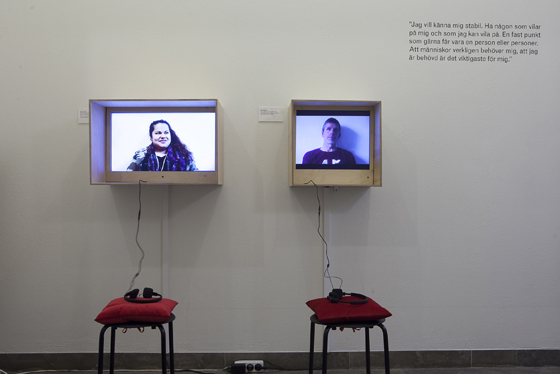 On the wall there are quotes from the video interviews. 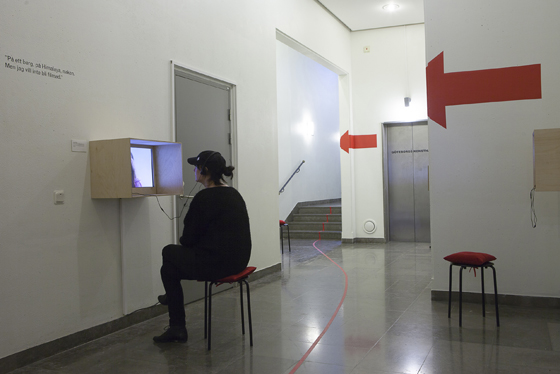 The booths were placed in various areas at the Art hall. A red tape line linking different parts of the exhibition together.

BETWEEN YOU AND ME – VOICES THAT MOVES ACROSS BORDERS
| YEAR: 2014 | TECHNIQUE: Participatory driven projcet / Exhibition / Event |

The exhibition consists of 3 parts:
-VIDEOINTERVIEWS with 23 youths and 17 adults
-INTERACTIVE WALL
-VOICES IN A NET performance with five youths
(see Vernissage Event: BETWEEN YOU AND ME)

25 young adults were equipped with a camera, based on a screenplay they interviewed each other and elderly people in their surroundings. The dialouges moves across large and small substances like identity, everyday dilemmas, the outside world, dreams and fears. It touches on taboos and norms based on gender, age and ethnicity.

All the video interviews are displayed as a 4 -hour work in a cinema inside the Art hall, the films are also shown in the six “booths of confession” (as pictured), which shows 6-7 of films in each booth, these are available as placed in various areas at the Art hall.

OPENING EVENT: BETWEEN YOU AND ME – Voices that moves across borders
The event that I curate included: opening speech by America Vera – Zavala, a performative speech by me as an artist / initiator and the performance Voices in a net by five youths from The space of liberation.

-What would you like to ask a friend? (Or a partner, parent, teacher, politician, unknown, 100-years-old…) 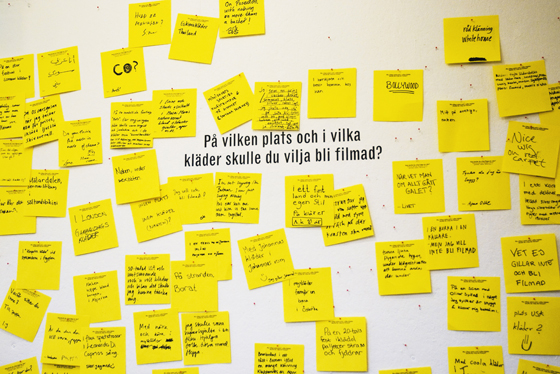 -In what place and in what clothing would you like to be filmed?